Officials of the Airport Authority of India anonymously informed that the file related to the permission of the Immigration and Customs Department of Bhopal Airport have been stuck for the last four years. This file is in running since 2019 but till now its permission was not received.

The center has been informed about the existing infrastructure required for international flights. The matter gained momentum after Amit Shah’s announcement and Bhopal visit and has been continuously followed up.

In the next two months, the process is expected to be completed and the clearance is anticipated. According to officials and experts, flights can start from Bhopal to Dubai, UAE and Bangkok.

Officials said that the airport will be able to get international status only after getting permission from the customs department along with immigration, which is currently under process. There is every possibility that the airport management may get these permissions next month post which, airlines other than Air India will announce to start international flights from here. 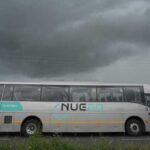