On the first day of the three-day championship, players of the State Water Sports Academy bagged 4 gold medals to Madhya Pradesh in a spectacular performance. The players won the medals in 15 km junior class- won by academy’s Kaveri Dheemer with a time of 1hr 25mins 48s, Shivani Verma with 1hr 29mins 42s and Akshit Baroi finishing the race with a time of 1hr 10mins 15s; and 21 km senior class- gold medal won by Balvir Jat for completing the marathon in 1hr 25mins 9s.

Additionally, Aastha Dangi, Sushma Verma and Himanshu Tandon earned a silver each while Shubham Yadav and Amit Verma won bronze medals each. Sonu Verma took 15 Kms marathon and won gold as well Devendra Sen who won gold in the 21 Kms marathon. In total, players of the Water Sports Kayaking Canoeing Academy made Madhya Pradesh proud by winning a total of 11 medals including 6 gold, 3 silver and 2 bronze.

After the grand win, the players met Minister of Sports and Youth Welfare Yashodhara Raje Scindia at TT Nagar Stadium on 18 January.

While meeting the players, Scindia said that Madhya Pradesh feels proud when our players win medals. She asked the players to set their goals and continue achieving success by working harder. She congratulated all the players and sports coaches and encouraged them to participate in other platforms as well.

Director- Sports and Youth Welfare Pawan Jain, along with other officers and Chief Instructor of Kayaking-Canoeing Academy Capt.Pijush Baroi were also present at the occasion. 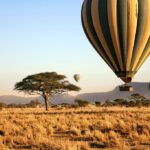 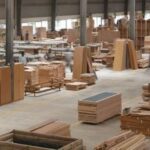