In a programme organized in Khurai, Minister for Urban Development and Housing Bhupendra Singh announced that Khurai will be developed as Mini Smart City. A comprehensive development plan costing INR 22 crores has been worked out by Nagar Palika Parishad, Khurai- Sagar district.

The amount of INR 22 crores has been divided between Atal Bihari Vajpayee Residential Colony (2.86 Crs) , construction of CC Road, sewerage system and other development works from special grant (1.50 Crs), BLC houses (16 Crs) and Haat Bazaar (2 Crs). He also distributed sanction letters to the beneficiaries of Pradhan Mantri Vendors Atma-Nirbhar Nidhi (PM Swanidhi). Loan amount of INR 10,000 each, in account of 115 street vendors has already been transferred and this amount has already been given to a total of 1257 street vendors of the city.

He granted approval to the pending cases of 500 houses beneficiaries of BLC as well as instructing to restart the work of houses under the Pradhan Mantri Awas AHP scheme. He mentioned that 329 new residential pattas have been sanctioned for the beneficiaries. The remaining cases await examination and pattas will be given to those people, who do not possess land ownership.

One ambulance each has been provided to the hospitals of Khurai and Malthone from MLA fund. The Deendayal Antodaya Rasoi Yojana in Khurai will also begin from the month of August. 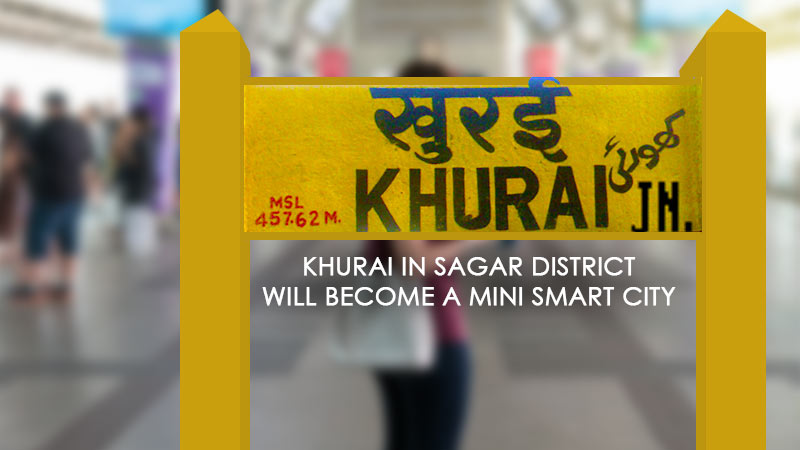 Khurai in Sagar District will become a mini smart city