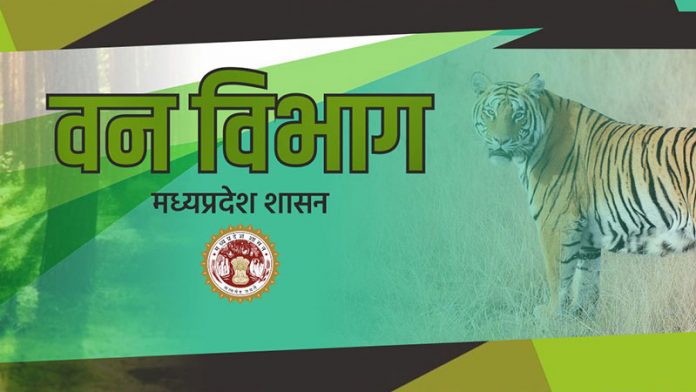 The birth of T-123’s cubs is being considered a major achievement by Bhopal’s forest department. The tigress was first captured in the trap camera set up by the department while drinking water from a saucer in the forests of Mendora village. This picture helped the authorities in identifying about the birth of the cubs, where the tigress is seen roaming around the saucer with her cubs.

The forest department is constantly monitoring the movement of the tigress, as well as taking full precautions in safeguarding this clan from harm. Both cubs have not been named yet.

Due to COVID-19 crisis, human intervention was reduced, the air and water got clearer and the wildlife got unrestricyed movement in their habitat. This is the reason why mating between Tiger T-2 and tigress T-123 became possible and led to the birth of these cubs. The tigress gave birth in the Kerwa region and now she roams in its vicinity. According to the forest department, the tigress’s current location is around Mendora village.

According to District Forest Officer HS Mishra, more than 18 tigers and tigresses have their movement in Bhopal and surrounding forests. They move in the forests of Kerwa, Mendora-Mendori, Kaliasot, Chandanpura and Kathotiya. Whilst roaming in these areas, tigers eventually move towards Ratapani Sanctuary and Obedullahganj. He added that T-123 giving birth to two cubs is nothing short of an achievement for the department. They have complete eye on the movement of the tigress and her children and are taking full precautions to ensure their well-being.

Forest department is keeping an eye on tiger T-2 as well as he was again captured on the trap camera. It is being assumed that he wanted to mate with T-123 again but she avoided him due to the cubs. The tigress’s full attention is on her children as exposing them to T-2 will put the cubs at risk. Hence, T-2 had no other option but to return.